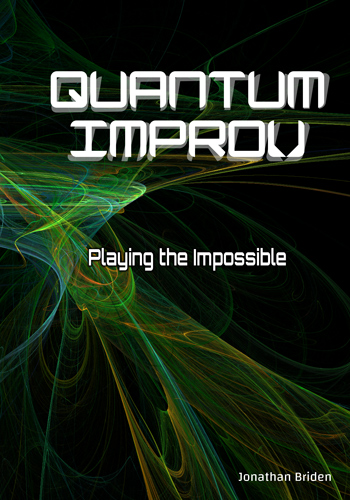 Writing a book on improvisation is hard, really hard. I’ve been chipping away at this book, and then revising and rewriting, for a few years now. It is being written at a pace that would have George RR Martin telling me to "hurry up".

I’ll get there eventually though, and when I do, I think it’s going to be pretty good.

The simple reason is that I’m a big nerd. Chances are, if you are reading this, then you are an improviser and, more than likely, also a nerd. Improv is full of nerds. They are the best people after all. There are science nerds and drama nerds and computer nerds and history nerds and comic book nerds and music nerds and book nerds and games nerds and pop-culture nerds. Nerds as far as the eye can see.

Amongst other things, I’m a science nerd. I get excited over the crazy stuff that our universe is made of. And in the realm of science, it doesn’t get much crazier than quantum mechanics.

Don’t worry. You don’t have to know a thing about science to understand this book. I just think that how we approach improv happens to bear some similarities to the world of quantum mechanics, or to be specific, quantum superposition.

The theory is, that a system, at any given moment in time, exists in multiple states simultaneously. When we take a measurement, one of those states is expressed. Once that state is observed, it becomes real.

The moment you step on stage, you enter a world of infinite possibilities. Every scene that is possible, is possible in that moment. All the possible states of the scene exist simultaneously. By making an active choice in the moment, one of those states is expressed. It is observed by the performers and the audience, and it becomes real.