Creating new shows that challenge people’s ideas of what improvisation can be, has long been a passion of mine. At the same time it’s important to balance these ideals with the expectations of your audience (even if you want to subvert them), the kaupapa (principles) of the venue, and the needs of the cast.

Some of these are my own distinct works, while others are inspired by the works of others, or variations on common improvisation structures. Each and every one of them had a very specific purpose and meaning at the time it was created.

Many of these shows can be incorporated into one of my workshops.

Click on any of the thumbnails to see a short description below...

Strangers is my signature show. It’s the #1 show that I love to teach, to direct, and to perform in.

It’s a beautiful opportunity to explore the genesis of relationship. The structure, which uses opening monologues, provides the actors with a strong foundation of character that both supports and challenges them throughout the show.

Performers, especially those with a theatre background, revel in the chance to play authentic characters, to do some "real acting". The show feels very much like a scripted play. So much so, that it’s not uncommon for audience members to think it was not improvised.

The show was first performed in 2017, and since then has been performed around NZ (Christchurch, Dunedin, Nelson, Wellington, Auckland, and Waiheke Island), as well as in Australia and the US. It’s even been performed in Spanish, in collaboration with Mabel Impro.

Peregrine V is a fun sci-fi show, heavily influenced by shows like "Firefly" and "Red Dwarf".

This is by far the most technical show I’ve done, with a specially designed sound-effects board and a sassy ship’s computer, being key elements in the show.

While it’s rare that I’ll use costuming in a show, this is one show where it’s a welcome addition to the aesthetic. I love watching what the improvisers manage to put together to define their character - which they literally find out on stage, and then must find the costume elements to suit.

Sci-fi lends itself to high-stakes drama and comedy, and this format provides a plethora of opportunities for both.

We started work on Peregrine V at the end of 2019, and the show premiered, appropriately, at Little Andromeda in March 2020.

Off Book: The Musical is one of my favourite shows.

In 2018, at Impulse Theatre, we were blessed with a very musically talented cast. Several members were band members, involved in musical theatre, or just loved to sing (me). Creating a musical seemed like a terrifying, but obvious idea, so I spent the next few weeks watching musicals and listening to soundtracks, teasing out the elements of the musical, and contemplating how these could be successfully improvised.

I thought it would be fun to create a musical based on an occupation, e.g. "Plumber: The Musical". Our source for these occupations is a book of careers (hence: "Off Book"). Each career has a description, which is read to the audience, and used as a starting point.

One of the challenges, was to help those less musically inclined to find their voice. We were incredibly lucky to have the support and help of an absolute musical genius in the form of Michael Bell.

We had so much fun delighting audiences in Christchurch, and have taken it to festivals around NZ performing to rave reviews.

Playlist uses music to inspire scenes. The actors ask the audience for different types of songs, aiming for a whole variety from classical through to modern, across multiple genres and styles.

Music provides a rich source of inspiration. The actors can draw on the rhythm/tempo, the mood, the theme, or the lyrics.

This has been a very fun and successful show. The audience love it. The use of music promotes a great variety of different types of scenes. One of the things that the performers love is how freeing they find it to allow the music to guide them. The format has a really positive impact on how they approach the physicality of their characters.

Living Art is a show that lends itself to exploring many different elements of improvisation, all inspired by visual art.

For each show, we have a guest artist who presents 3 or 4 of their works to the audience. The improvisers listen carefully, and can draw on the many aspects of the work to serve as inspiration for what follows. The following scenes can vary from regular scenes, to songs, poetry, monologues or story-telling. We also incorporate elements of scene-painting into the show.

I owe much to Ivan Chew’s show concept "Sketch", which I performed in several times in Sydney. As with "Living Art", "Sketch" uses visual art as a point of inspiration, but is structured around short-form games.

"Living Art" premiered in July 2020, at Exchange Christchurch (XCHC) in collaboration with Vikki (aka. Sparrow’s Song).

Improv Sundae isn’t show format per se, but an umbrella show in which we experiment with other formats.

In mid-2020, we started a collaboration with Good Times Comedy Club. The idea was to make improvisation in Christchurch more accessible to more people. Being set in a comedy club, meant that this show would have to lean into the comedy a bit more, but my aim was to stay true to my core goals whilst doing so.

This is a really fun show, split into two (or more) acts. We typically open with our variation on competitive improv, with "Red v Blue", and then get into some longform after the break. For example, "Breaking News".

The opening act is a chance for some guest improvisers to get some fun time on stage together. Sometimes we extend the "Red v Blue" concept to include a third scratch team.

We started doing "Red v Blue" as part of "Improv Sundae" in mid-2020, but many of the concepts go much further back. A big influence is comes from my early Theatresports days. I took what I liked from that, and discarded what I didn’t, to create the "Abandon Script" show in Sydney in 1996, and further refined these ideas for the work I did with Improv Fernie in 2011. Red v Blue is the latest in that lineage.

The show is a lot of fun. I enjoy the faux-competitive aspect of it, the audience interaction, and the high-octane energy that it brings. It’s a very funny show. Given that most of the cast are from Impulse Theatre, it still retains many of the elements that we value - connection, relationship, beauty.

We started doing "Breaking News" in 2020 as part of our "Improv Sundae" shows. We had experimented with a few different ideas, but this always had us in stitches, so it was a great fit for a comedy club.

The show starts with a real news headline, and then riffs off this idea to create a series of headlines. At any point, the performers can choose to step forward and create a scene based on the most recent headline. More scenes follow. After a few scenes one of the performers will decide it’s time for some new material, and start the cycle again by announcing a new headline.

The show works best by aiming for variety. The funniest headlines can be hard to play, because the "joke" has already been done. These are best done as very short snippets. More subtle or quirky headlines are much more playable.

Community Noticeboard: The Musical is another musical offering, but this time combined with the kinds of things one finds posted on a community noticeboard.

We loved doing "Off Book" so much, that we wanted to explore more options for a musical. Inspired by the "true to life" aspects of "Strangers", I was lead to seek inspiration in my surroundings. The noticeboard at my local supermarket provided that impetus.

Community Noticeboard brings together elements of both shows. We use notices, created pre-show by audience members, as our starting point. These notices form the basis for the musicals opening number where we also learn a little about each of the characters.

Mask Life is a really quirky show that portrays a world in which there are two species that coexist — humans and masks.

I’ve been teaching mask for a few years. I find it to be an incredibly powerful tool to help improvisers become more in-tune with their body and physicality, and less reliant on their clever words. I often do mini-shows using masks, but after working with Pauline Calmé, I was inspired to create a full-length show.

The show is really delightful and fascinating, but as much as I love it, it’s a hard-sell for the average audience. As a result, I now tend to only do this show as part of festivals, because festival audiences tend to be more experiential.

Flatmates is a simple domestic, sitcom-style show about the joys and woes of cohabitation.

In 2018, I had some really talented new improvisers coming up through classes, and wanted to give them the stage-time they needed to grow as performers.

Our main cast was working on "Off Book: The Musical", so we needed something safer for this new talent. I enjoy the slow pace of the monoscene, and thought with some tweaks I could create something that would be fun for the performers and for the audience.

The entire show takes place in the lounge-room of the flat (apartment). You can think of it as the improv-equivalent of "Friends". We get a peek at the lives of the people who live there and those who visit.

It was a simple format, but the results were better than I could have imagined. The show was done originally as part of a double-feature, but these keen young improvisers did such a great job, we later performed it as a standalone show.

So That Happened is a simple variation on the Armando. We needed a name that would resonate with our local audience, and that conveyed the story-telling nature of the show.

I started doing this show with Impulse Theatre in 2016. These were still early days for Impulse Theatre, and many of the cast were more experienced in short-form improvisation. I decided that the Armando format would be a good midway point between their short-form skills, and the full-length theatrical longform I envisaged us doing.

We had a lot of fun with this show. Unlike the traditional Armando, which uses a designated monologist, we allowed any member of the cast who felt inspired to tell a story. Not only was it a lot of fun as a show, but over the course of several months rehearsing and performing, we got to hear each others stories. It was a wonderful exercise in getting to know each other, and in bringing us closer together as a troupe. 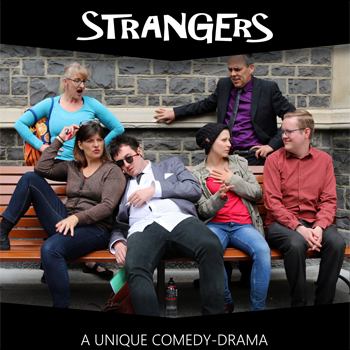 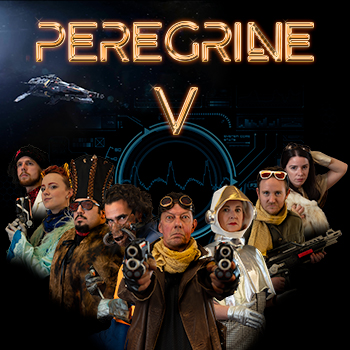 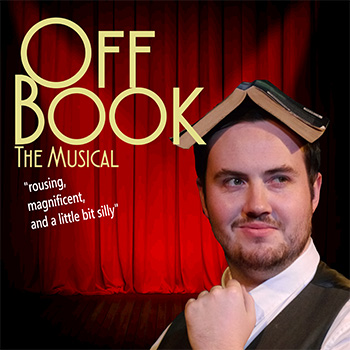 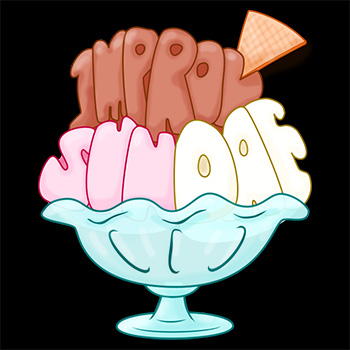 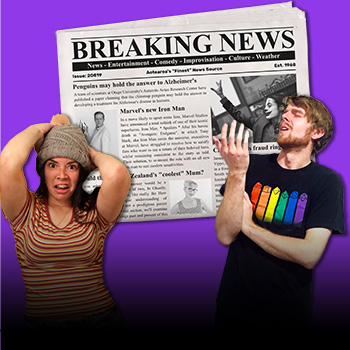 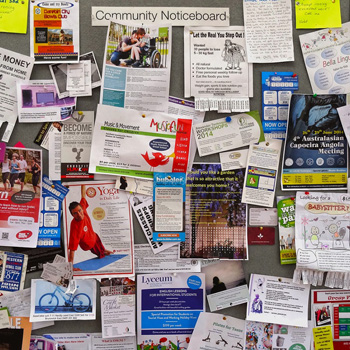 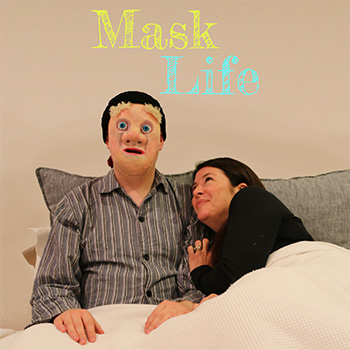 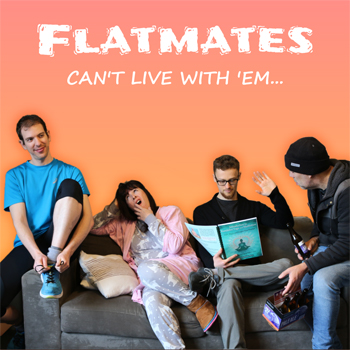 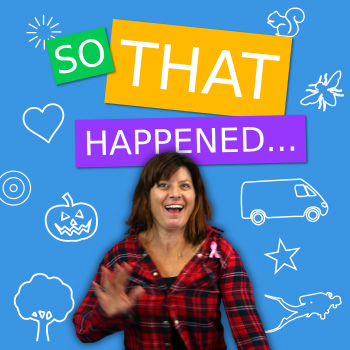